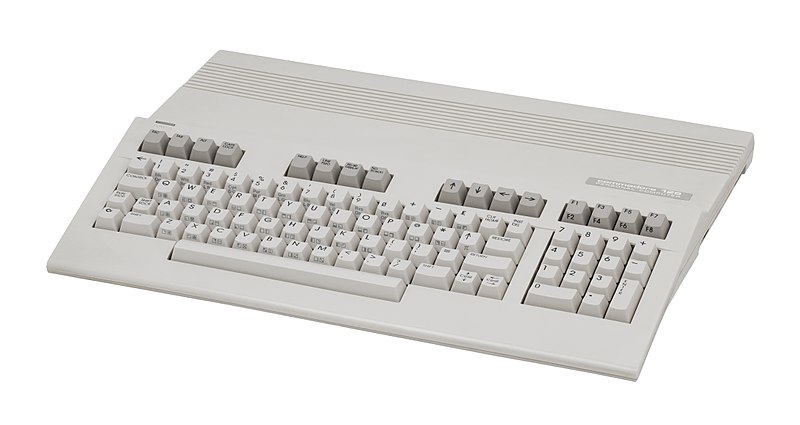 Commodore Business Machines or CBM sold over 5.7 million units world wide, while not as successful as the C64 which sold 12.5 million units.

The C128 is a significantly expanded successor to the C64, with nearly full compatibility. The newer machine has 128 KB of RAM in two 64 KB banks, and an 80-column color video output. It has a redesigned case and keyboard. Also included is a Zilog Z80 CPU which allows the C128 to run CP/M, as an alternative to the usual Commodore BASIC environment. The presence of the Z80 and the huge CP/M software library it brings, coupled with the C64's software library, gives the C128 one of the broadest ranges of available software among its competitors.

The primary hardware designer of the C128 was Bil Herd, who had worked on the Plus/4. Other hardware engineers were Dave Haynie and Frank Palaia, while the IC design work was done by Dave DiOrio. The main Commodore system software was developed by Fred Bowen and Terry Ryan, while the CP/M subsystem was developed by Von Ertwine.

The C128D was an updated version of the C128 with a detached keyboard and a 1571 disk drive in the same box as the main system unit, providing a sleeker, more professional-looking appearance, much like that of a desktop PC. In Europe and the rest of the world, the first C128Ds came in a plastic case with a side-mounted carrying handle and were technically exactly the same as a C128 with the 1571 disk drive. Additionally, these models were equipped with a somewhat noisy cooling fan, leading to the model sometimes being referred to as the "128 Diesel".

Later models of the C128D came in a metal case; among these were the Commodore 128DCR (CR = cost reduced), which was widely sold in Canada and the USA. These later models had some minor improvements. The internal design was more integrated to save production costs, but also improved the thermal design, so that a fan was supposedly not needed anymore (later experience proved that the fan was a worthwhile addition and many C128Ds were so modified).

Inside, the C128D ROMs contained several bug fixes, and the 8563 VDC chip (in the C128DCR, the 8568) was equipped with the maximum capacity 64 KB of video RAM – four times that of the original C128. This permitted the C128D to do higher-resolution graphics with more colors in RGB mode, although very little software took advantage of this. With or without the extra RAM, the VDC's high-resolution graphics modes were inaccessible from the C128's BASIC. They could only be utilized by calls to screen editor ROM primitives (or their assembly language equivalents), or via third-party BASIC language extensions. The most popular such toolkit was Free Spirit Software's "BASIC 8", which added high-resolution VDC graphics commands to CBM BASIC. BASIC 8 was available on two disks (editor disk and runtime disk) and with a ROM chip for installation in the C128's internal Function ROM socket.