WASHINGTON — NASA said Tuesday it has lost contact with a $32.7 million spacecraft headed to the moon to test out a lopsided lunar orbit, but agency engineers are hopeful they can fix the problem.

Apparently communications have been re-established...

The first ever lunar launch on New Zealand soil has been successful, with the satellite launched by Rocket Lab last week breaking free from its orbit around the Earth and heading towards to moon.

A Kiwi CEO has backed calls for social media platform TikTok to be removed from Google and Apple's app stores amid concerns over users' data.

Alex Ford, founder and CEO of Socialike, told Newshub he agreed with US Federal Communications Commission (FCC) chief Brendan Carr that the app, which is majority owned by the Chinese Government, was a wolf in sheep's clothing.

Read more: New Zealand call for TikTok to be removed from Apple and Google app stores 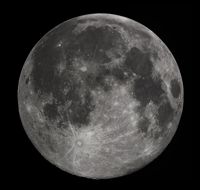 NASA,s Capstone path finder mission to the moon has finally been launched by Rocketlab aboard an Electron Rocket from  Launch complex 1 on the Mahia Peninsular .

Nasa: Give us back our moon dust and cockroaches

Nasa has asked Boston-based RR Auction to halt the sale of moon dust collected during the 1969 Apollo 11 mission that had subsequently been fed to cockroaches during an experiment to determine if the lunar rock contained any sort of pathogen that posed a threat to terrestrial life.

Read more: Nasa: Give us back our moon dust and cockroaches

For the first time, a small rocket will launch a private spacecraft to the Moon

"It's really pushing the envelope as a commercially owned spacecraft operating at the Moon."

Read more: For the first time, a small rocket will launch a private spacecraft to the Moon

Kiwis expected to be affected by EU moves to standardise chargers

The European Union’s move to mandate a universal charger for all new devices is expected to affect consumers globally, including in New Zealand.

Read more: Kiwis expected to be affected by EU moves to standardise chargers 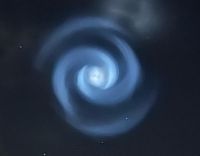 Kiwis gazing up into the night sky on Sunday might have spotted a strange sight: a mysterious glowing swirl high above the country.