Former senior figures have accused the Greens of jettisoning core principles as party discontent surfaces over its co-operation agreement in government.

Ex-MPs Sue Bradford and Catherine Delahunty say the agreement makes no sense and that the party's position in government amounts to a failure of leadership.

Is democracy declining or just being redefined?

As the West laments a global decline in its version of democracy, China suggests its own brand of democracy as a replacement. It’s part of an increasingly contested space, writes Nicholas Dynon, at the discursive end of great power competition.

Read more: Is democracy declining or just being redefined?

'Something has shifted' in NZ's security, foreign policy for China - analyst

Read more: 'Something has shifted' in NZ's security, foreign policy for China - analyst

New Zealand has joined its Five Eyes partners in expressing "grave concern over the erosion of democratic elements" in Hong Kong following the city's election over the weekend, the outcome of which was largely influenced by Beijing.

The Chinese National People's Congress earlier this year made a number of significant changes to the electoral system in Hong Kong which critics said undermined the autonomy the city was promised when it was transferred from Britain to China in 1997 under the 'one country, two systems model'.

A Republican Senator in the US state of Arizona has come under fire for calling New Zealand Prime Minister Jacinda Ardern "Lenin with hair".

Wendy Rogers shared a video on Twitter of Ardern speaking virtually to world leaders as part of the Summit for Democracy last week, where the Prime Minister talked about COVID-19 misinformation and why her Government had introduced New Zealand's public interest journalism fund. 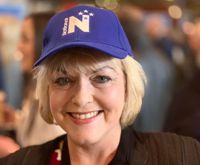 Judith Collins may be backing Christopher Luxon as the next leader of the National Party, but her endorsement likely holds little sway with her caucus colleagues after her recent actions, one political commentator says.

Just hours after receiving a vote of no confidence from National MPs, former leader Collins told Newshub's Amelia Wade there were likely going to be a "couple of candidates" vying for her old job. Newshub understands the challengers could include Luxon, Mark Mitchell and Simon Bridges.

Simon Bridges demoted, stripped of portfolios after allegation of 'serious misconduct' over comment to female colleague

National MP Simon Bridges has been demoted and relieved of his portfolio responsibilities.

Leader Judith Collins says it follows an "allegation of serious misconduct" relating to his interaction with a caucus colleague.

Simon Bridges isn't ruling out another tilt at the National Party leadership, instead only repeating - ad nauseum - that it's not his intention at this time.

And the latest Newshub-Reid Research poll shows that if his intentions happen to change, he has the public and his party on board.