An aircraft carrier strike group, consisting of ships of the Navy of Great Britain, the United States, Japan, Canada, the Netherlands and New Zealand, made its passage unhindered through the waters of the South China Sea. This was told by the commander of the international AUG, British Admiral Stephen Moorhouse.

Read more: China reacted with restraint to the appearance of the largest AUG off its coast 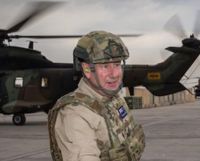 Royal New Zealand Navy frigate HMNZS Te Kaha is joining military partners as it transits the South China Sea en route to a major international defence exercise. The New Zealand Defence Force last month announced its participation in Exercise Bersama Gold 21, and that it would interact with the United Kingdom’s Carrier Strike Group (CSG) as it conducts engagement activities in the Indo-Pacific region.

TRUST IS AT THE HEART OF AUSTRALIA’S INFLUENCE 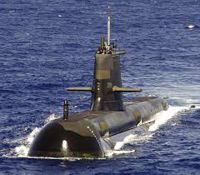 With the swirl of media soundbites, the impression has been created that the Australian government has replaced a diesel-electric French-designed submarine for a nuclear-powered American or British one. This is not the case.

Australia now has no new submarine program at all. We have cancelled the one we had with France and have a statement of intent with the UK and the US to examine the prospect of acquiring nuclear powered submarines.

Read more: TRUST IS AT THE HEART OF AUSTRALIA’S INFLUENCE

A New Zealand Navy frigate is sailing through the disputed South China Sea as tensions between China and Taiwan escalate.

A Royal New Zealand Navy frigate has joined with the UK’s Carrier Strike Group as it traverses the South China Sea en route to a major international defence exercise.

The Defence Force said the HMZNS Te Kaha was heading for Singapore where it would participate in Bersama Gold 21.

KUALA LUMPUR – Two U.S. carrier strike groups drilled with the United Kingdom’s Carrier Strike Group 21 (CSG21) and a Japanese big-deck warship over the weekend in a major naval exercise in the waters off the southeast of Okinawa, Japan.