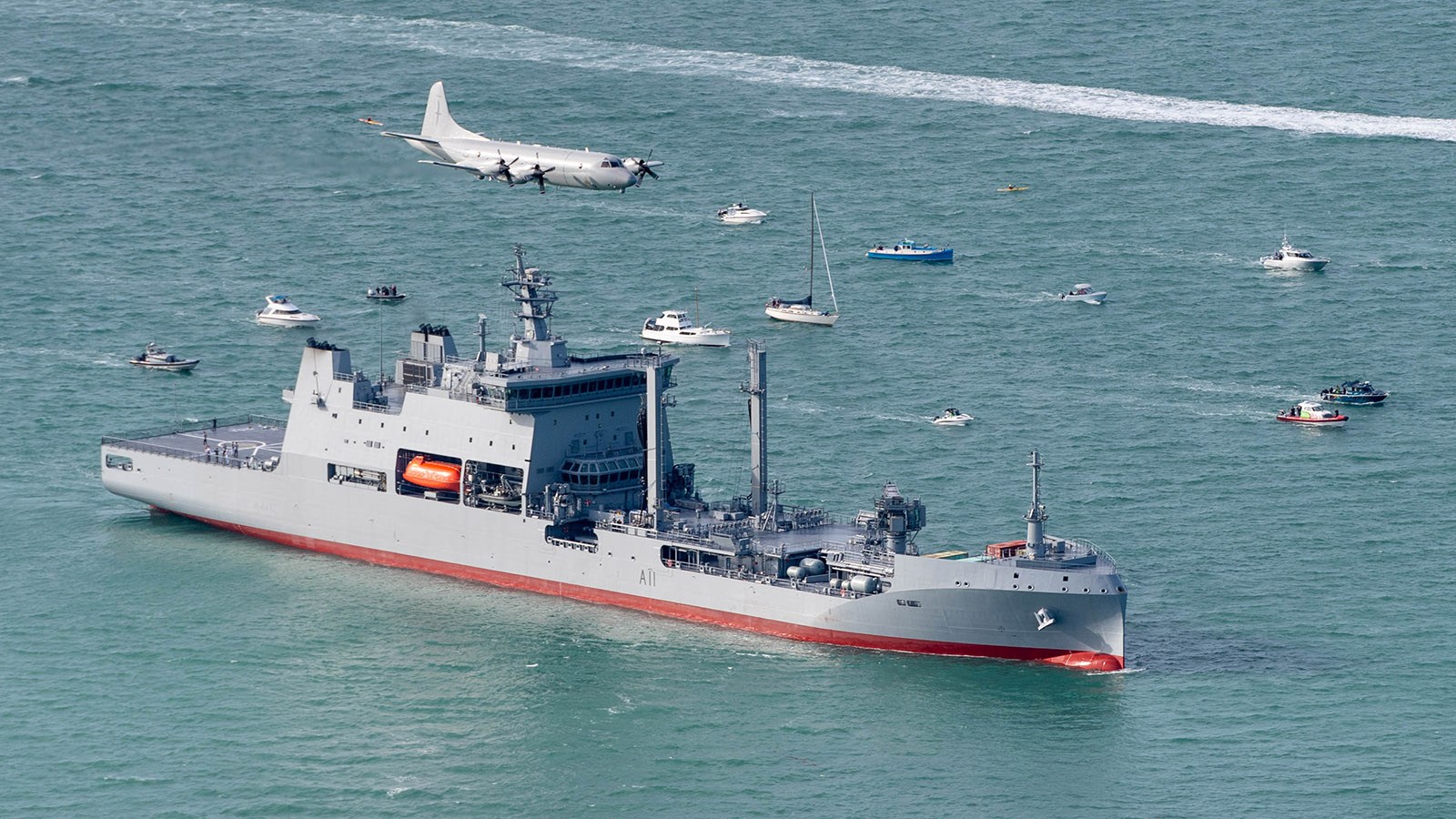 The vessel was welcomed at Waitematā Harbour with a flyby by two C-130 Hercules and a P-3 Orion aircraft.

HHI started the construction of the vessel with a steel cutting ceremony on Jan. 31, 2018, and laid the keel for the vessel on Aug. 13 the same year with the launching taking place in April 2019.

The vessel was christened as “HMNZS Aotearoa” during a ceremony at the Hyundai Shipyard in Ulsan, South Korea on Oct. 25, 2019.  She bears New Zealand’s Māori name “Aotearoa” which is commonly translated as “the land of the long white cloud”. The ship’s name is also a deliberate nod to the famous battle cruiser HMS New Zealand, which took part in three maritime battles in the First World War. 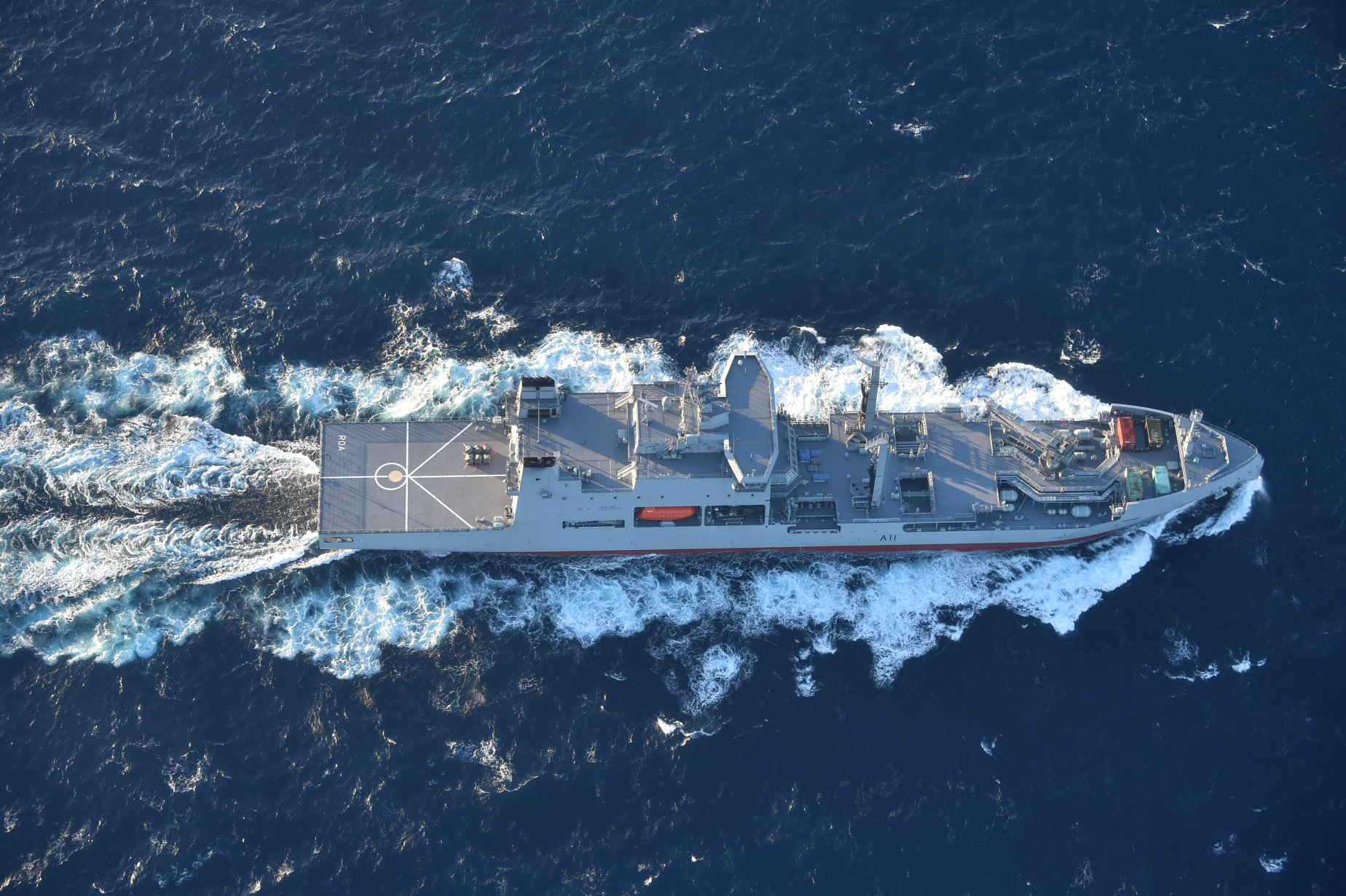 HMNZS Aotearoa will be formally commissioned at the Devonport Naval Base next month. She will replace RNZN’s now-decommissioned fleet oiler HMNZS Endeavour (A11).

With a displacement of around 24,000 tons and a length of 173 meters, HMNZS Aotearoa will be the biggest ship ever operated by the New Zealand Navy. The fleet tanker and supply ship will be able to refuel ships, carry and refuel helicopters, produce and store water, and store and transport bulk goods. 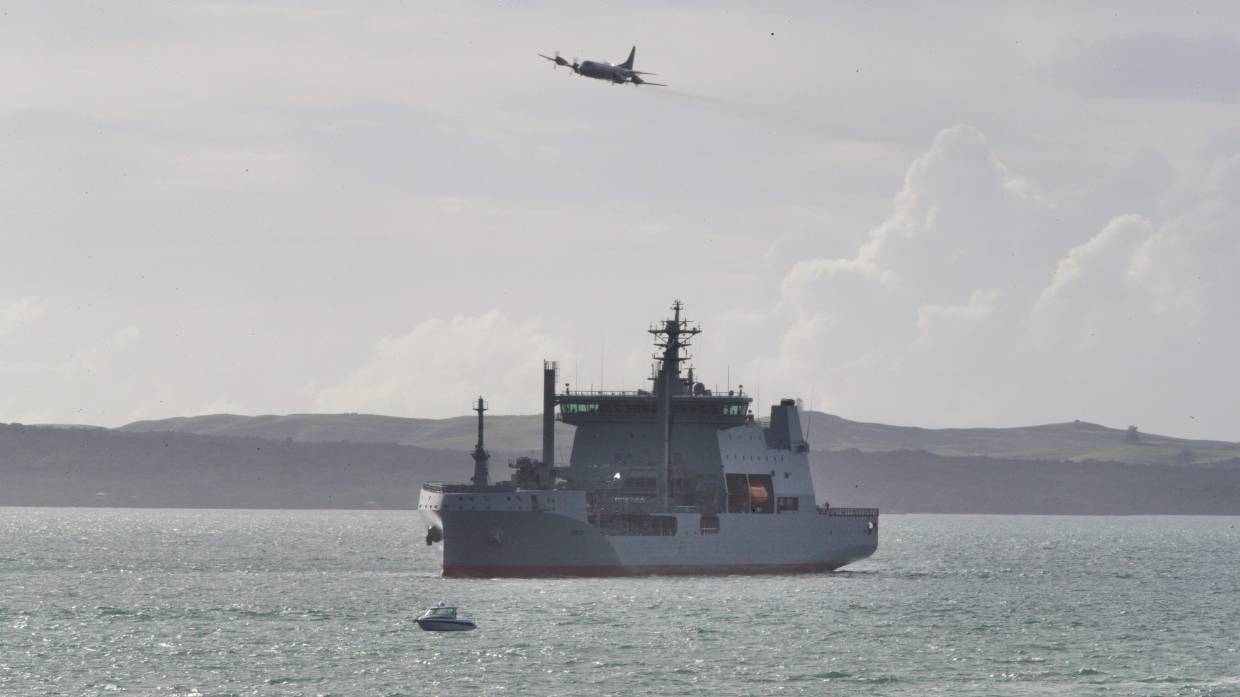 The ship can hold 8,000 tons of fuel for ships, 1500 tons of aviation fuel, 250 tons of drinking water, eight standardized 20-foot containers for food, and four others with ammunition. A crane with a load capacity of 25 tonnes will be used to handle the cargo. There will be one supply station on each side, so the tanker will be able to supply two ships at once. It will also be equipped with desalination equipment to produce up to 100 tons of drinking water per day – critical when providing humanitarian aid and disaster relief (HADR).

HMNZS Aotearoa will be a world-first naval “Environship”, with Hyundai using the Rolls-Royce Environship concept design under license. The design incorporates a new wave-piercing hull, which reduces resistance and lowers fuel use, while its combined diesel-electric and diesel propulsion plant has lower fuel emissions than older vessels. The Combined Diesel Electric and Diesel (CODLAD) propulsion system of the ship uses two Bergen main engines and four MTU diesel generators and enables a top speed of the vessel will be around 16 knots. 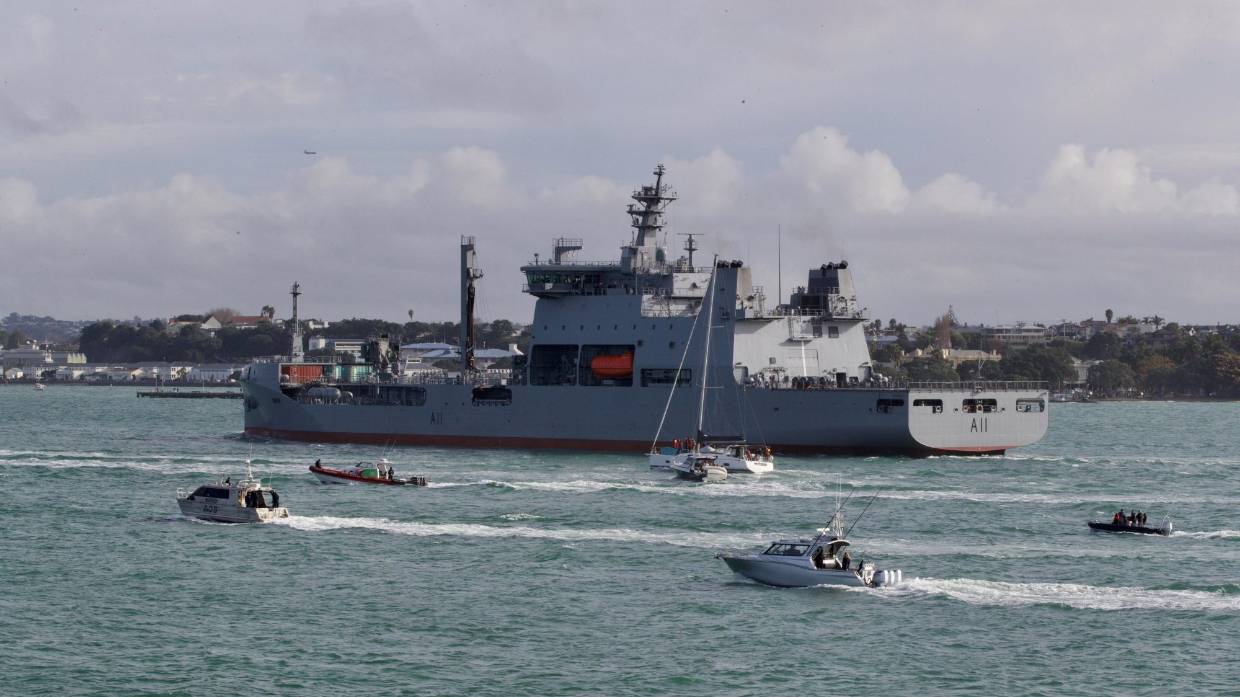 The tanker will be ice-strengthened and ‘winterized’ for operations in Antarctica and is designed for Polar Class 6 resistance. This will allow the ship to deliver fuel and other goods to support the Scott Base and McMurdo Station, during the summer months once an icebreaker has cleared a path. HMNZS Endeavour was not Antarctic-capable.

The armament of Aotearoa consists of a 20mm Mk.15 Phalanx close-in weapon system (CIWS) and two Mini Typhoon Remote Weapon System (RWS). The vessel will carry two Juliet 3 (J3) Water Jet rigid-hulled inflatable boat (RHIB). There will be a landing area and hangar for one NH90 helicopter on the ship. 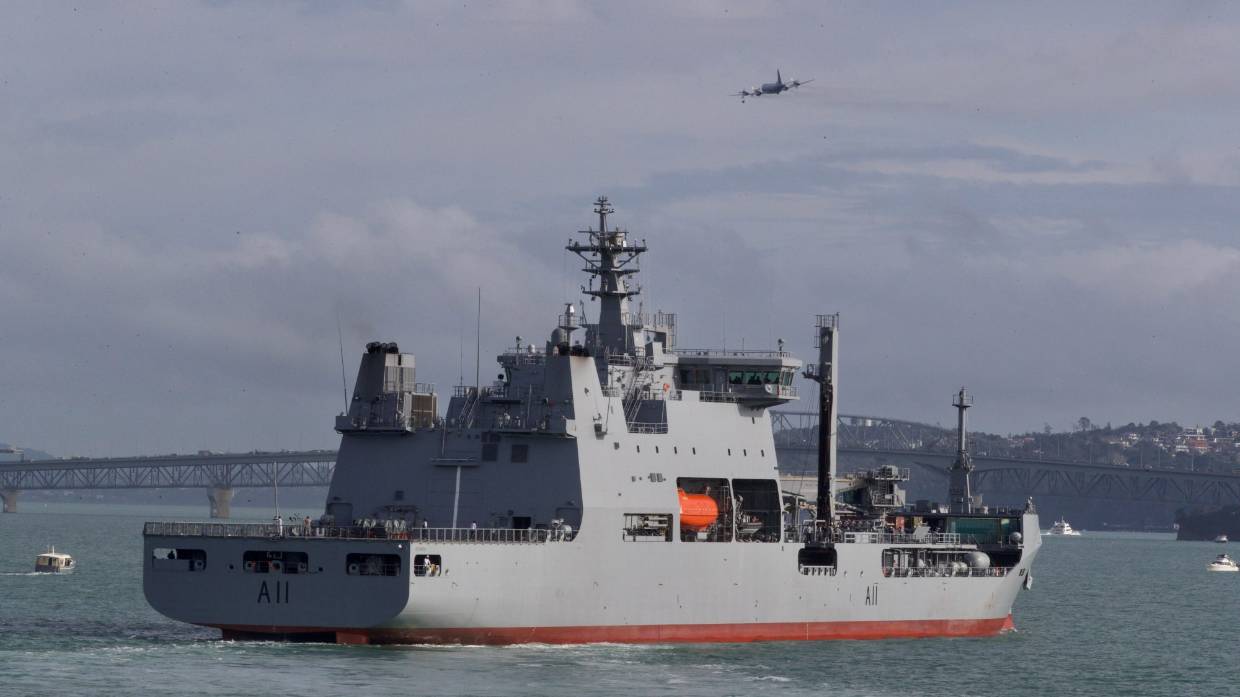 Author has a few details wrong. Aotearoa is 26,000 tons, she can carry 22 20 ft containers, and weapons though this is not confirmed yet, but will most likely be "fitted for but not with"  RNZN official fact sheet click here