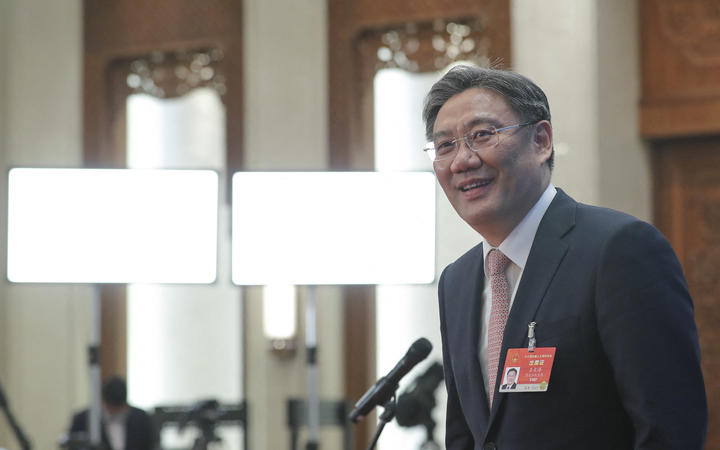 New Zealand is the CPTPP's repository for documents, and Wang had a telephone conference with O'Connor to discuss the next steps following China's application.

The 11 country agreement, which includes New Zealand, Australia, Canada, Chile, and Japan, accounts for about 13 percent of the world's economy, and China's formal bid follows that of the United Kingdom earlier this year.

"Trade agreements like CPTPP are about the spread of effective and up to date trade rules in the Asia Pacific region as well as globally. We welcome China's interest to join CPTPP which is one of the world's most advanced and high quality free trade agreements."

Jacobi said China might have to change its trade rules to comply with the CPTPP and would have to reach individual agreements with each member country, but its application was nonetheless "very significant".

"That's what we want to see with CPTPP, a pathway and broader agreement in the Asia-Pacific region spreading trade law, trade rules that speak to the way business is being done today and that's only to the good I think."

China and Australia have significant disputes over trade and regional geo-political moves, which were broadened this week by the US, UK and Australia setting up a new military focused alliance (AUKUS) to counter growing Chinese influence in the region.

China has also clashed with Canada, another CPTPP member, over the detention of a senior executive in Chinese telecoms company Huawei and subsequent reprisals.

Jacobi said China has used trade to engage with other countries as evidenced by the 15-nation Regional Comprehensive Economic Partnership (RCEP) free trade agreement, which it spearheaded and was signed last year.

"Any way we can use to develop dialogue and understanding is much better than the alternative, which is to build up arsenals, and dare I say it, nuclear submarines."

China has denounced the new pact as "irresponsible", "narrow minded" and a "cold war mentality". The AUKUS pact will see Australia build a fleet of nuclear-powered submarines for its navy, using technology provided by the US.