He claims he was wrongly clocked doing 35mph in a 30mph zone on a day trip to Worcester in 2016.

The Crown Prosecution Service (CPS) said the case involved a "multiplicity of issues" which added to its length.

Retired engineer Mr Keedwell, of Yate near Bristol, claimed he "was certainly not doing more than 30mph" in New Road in November 2016. 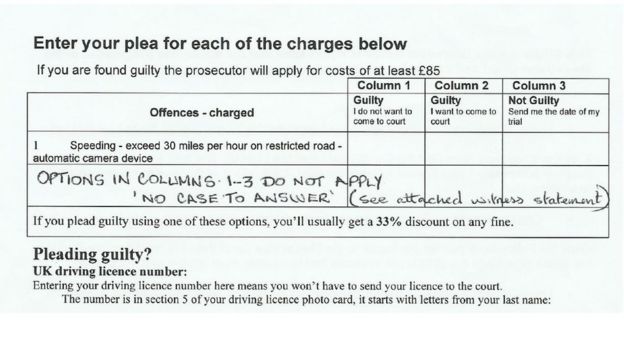 He said: "I was very surprised when a couple of days later I got the NIP [Notice of Intended Prosecution].

"I really could not believe that I had been speeding. It made a simple day out turn very sour actually."

Mr Keedwell claimed he had "no case to answer" and recruited the help of a video and electronics expert who told the court the speed camera may have been triggered by a car in an adjacent lane or have been faulty.

However, he said it took four trips to Worcester Magistrates' Court before his appeal was heard. After losing the case, he lost a further crown court appeal in August.

Mr Keedwell said he felt guilty his family would miss out and said the case had proved "very stressful".

"I'm sick and tired at the whole system which is steamrolling ordinary people," he said.

"I regret the amount of money. I very simply wanted justice."

A CPS spokesman said some issues raised by the defence led to the need for additional hearings and for expert evidence to be obtained.

"As the case involved both a lengthy trial at the magistrates' court and subsequent hearings at the crown court to progress an appeal against conviction, the overall length of the case took some time to conclude," they said.