Kiwis are renowned for being flightless, but they may soon be equally well known for their agility in the water, based on the plethora of documents released by the New Zealand government on both the composition and tasks expected of the New Zealand Defence Force. 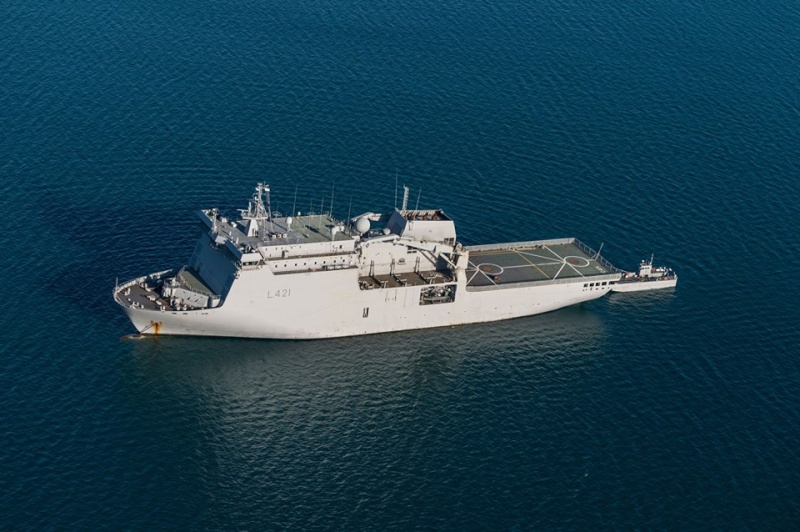 The expansion and enhancement of the NZDF’s amphibious capability will be vital for New Zealand, but the benefits will be felt in the wider Pacific region and beyond. The value of an amphibious capability had been identified earlier, but the NZDF lacked the capacity to meet all of the potential requirements. The growing need for amphibious operations has prompted plans to redress the shortfalls. These changes will be essential to fulfil the expected demands on the NZDF.

By 2020, with the JATF [Joint Amphibious Task Force] at its core, the Defence Force will be capable of conducting amphibious military operations and responding to emergencies at home and abroad, and projecting and sustaining land or maritime forces with increased combat utility, either on its own or as part of a wider coalition.

Despite progress towards that aim over the next few years, it was decisions outlined in the Defence capability plan 2019 that suggested true ‘amphibiosity’ might be feasible. As a first step, upgrades to the communications systems on HMNZS Canterbury, the navy’s sealift and amphibious support vessel, will enable the ship to serve as ‘a base for deployed amphibious operations’ and ‘provide sufficient capacity to simultaneously communicate with maritime, air and land forces’ by 2022. The systems upgrade project underway in Canada for New Zealand’s two Anzac-class frigates is also intended, in part, to provide ‘improved support to amphibious forces’.

Substantive progress will, however, result from future acquisition plans. The purchase of an additional sealift vessel in the mid- to late 2020s will enable the conduct of concurrent operations and lead to the introduction of a more capable ship. A landing platform dock or similar has been mooted. It’s been suggested that it will have greater lift capacity than the Canterbury, plus a well dock, hospital facilities, planning spaces and self-defence capabilities. The ship will be capable of operating in more challenging sea and weather conditions and will support the deployment of helicopters, remotely piloted aircraft and special forces.

The planned increase to the army will also buttress the ability to transport a large number of troops for amphibious operations. In addition, following its withdrawal from service after 2030, the Canterbury will be replaced by another, more capable vessel to ensure continuity.

These advancements are significant and come at an opportune time. The concurrent development of Australia’s more advanced amphibious capabilities provides an obvious avenue for cooperation and fostering interoperability. New Zealand’s characterisation of its ‘evolving strategic environment’ emphasises the significance of increasing the NZDF’s amphibious capabilities.

Climate change is a particular concern for the New Zealand government given the potential flow-on effects, including the requirement for ‘more humanitarian assistance and disaster relief, stability operations, and search and rescue missions’. The government has also noted that the NZDF may confront ‘more frequent and concurrent operational commitments, which will stretch resources and may reduce readiness for other requirements’.

Wellington’s ‘Pacific reset’ has placed greater emphasis on engagement, and a more robust amphibious capability will be crucial for enabling that. The Australian National University’s John Blaxland described Australia’s acquisition of two landing helicopter dock ships as a ‘game-changer’ in the Pacific. While not as obvious as the potential effects of the Australian LHDs, the enhancement of the NZDF’s amphibious capability will be pivotal for New Zealand and could be hugely beneficial for the South Pacific, given the increased capacity to transport materiel and personnel for humanitarian assistance and disaster relief and stability operations. Recent documents stress the importance of working with ‘like-minded’ partners, and an enhanced sealift and amphibious capability could underpin a significant element of that cooperation.

There’s a strong justification for the focus on increasing the NZDF’s amphibious capability, but the concept of ‘amphibiosity’ needs to be embraced wholeheartedly to maximise its effectiveness. Amphibious mindsets need to be cultivated and retained. In the United Kingdom, for example, it was noted during discussions about the future of the Royal Marines that the experience of amphibious operations in World War II emphasised the requirement for ‘specialist doctrine, training and equipment’, which has not diminished since. The transition to a fully fledged amphibious mentality will be an important and necessary step.

The biennial Southern Katipo exercises and the Joint Waka exercises that commenced in 2016 have helped to transform mindsets, but the expansion of the force will mean that the process needs to be continually broadened and enriched.