Sending or reading a text message on a mobile phone takes a driver's eyes off the road for 4.6 seconds. Travelling at 90km/h that's like driving the length of a rugby field blindfolded.

It's a startling but graphic example of how distracting and dangerous texting on a mobile phone is and a rush-hour morning blitz at a busy Whangārei intersection nabbed drivers flouting the law on Thursday morning.

Some of the excuses proffered to police included "I thought it was all right to text while I was stopped at the intersection" and "I wasn't talking just putting in an alarm for my daughter's appointment". 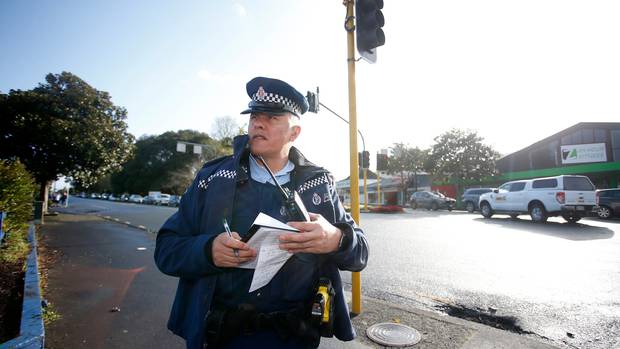 One driver was so distracted by their phone she missed the lights and only lifted her head when a fluro-vested police officer tapped on the car window and alerted her to her illegal behaviour.

Other drivers during the hour-long operation were stopped after running a red light at the Manse and Bank Sts intersection or for not wearing a seatbelt.

Within a minute of officers, of the District Impairment Team, arriving at the intersection there was a red-light runner.

When stopped by officers 100m along the road outside Whangārei Primary School, the driver was shocked to learn the light had been red and said he had crossed the intersection on a green light, "orange at worst".

Acting Sergeant Kenny Rodger said mobile phones could not be used for texting while a vehicle was stationary at traffic lights or other traffic hold-ups.

"Drivers need to be alert and aware of other traffic and pedestrians around them, even when stationary," he said.

Drivers caught using a mobile phone could expect an infringement notice of $80 in the mail and 20 demerit points.

If a driver accrued more than 100 demerit points in two years they would have their driver's licence suspended for three months.

Red-light runners can expect to pay a $150 fine and so can those who fail to wear a seatbelt.

One of the last drivers to be stopped came clean straight away after being spotted using her phone: "I know it's wrong, it's my fault." 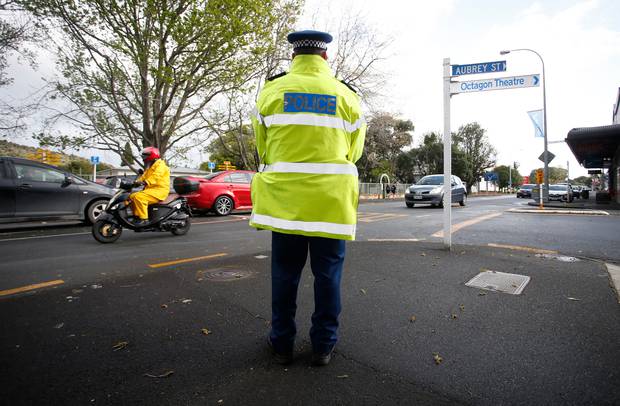 Yesterday's police activity was welcomed by Whangārei Primary School assistant principal Danny Clarkson who said drivers speeding through a red light at the pedestrian crossing outside the school was a daily occurrence.

"Unfortunately drivers not stopping is a regular thing and we see it a couple of times a day. It's frightening to think that when students see the lights for them to cross they dart across."

Figures from NZTA and NZ Police show that in 2018 crashes because of distracted driving resulted in 12 deaths and 155 injuries, and drivers texting on a mobile phone are 23 times more likely to be in a crash than drivers focused on the road.

The police are focusing on distractions while driving as part of the Operation Five Road Policing strategy to reduce road deaths by 5 per cent every year.

It became illegal in New Zealand from November 1, 2009, to use a mobile phone while driving.

Since then, according to police statistics, to June 2019 there have been 2490 tickets issued by Northland police to drivers caught on their phones while driving.

The numbers peaked in 2015 with 379 tickets issued in the region.

Four of the most common distracted driving activities can now be done on a smart phone:
• Texting
• Talking on a mobile phone
• Using a navigation system
• Adjusting music