'We will be judged in the long run,' says former Defence Minister Ron Mark on how NZ responds to Ukraine's ordeal 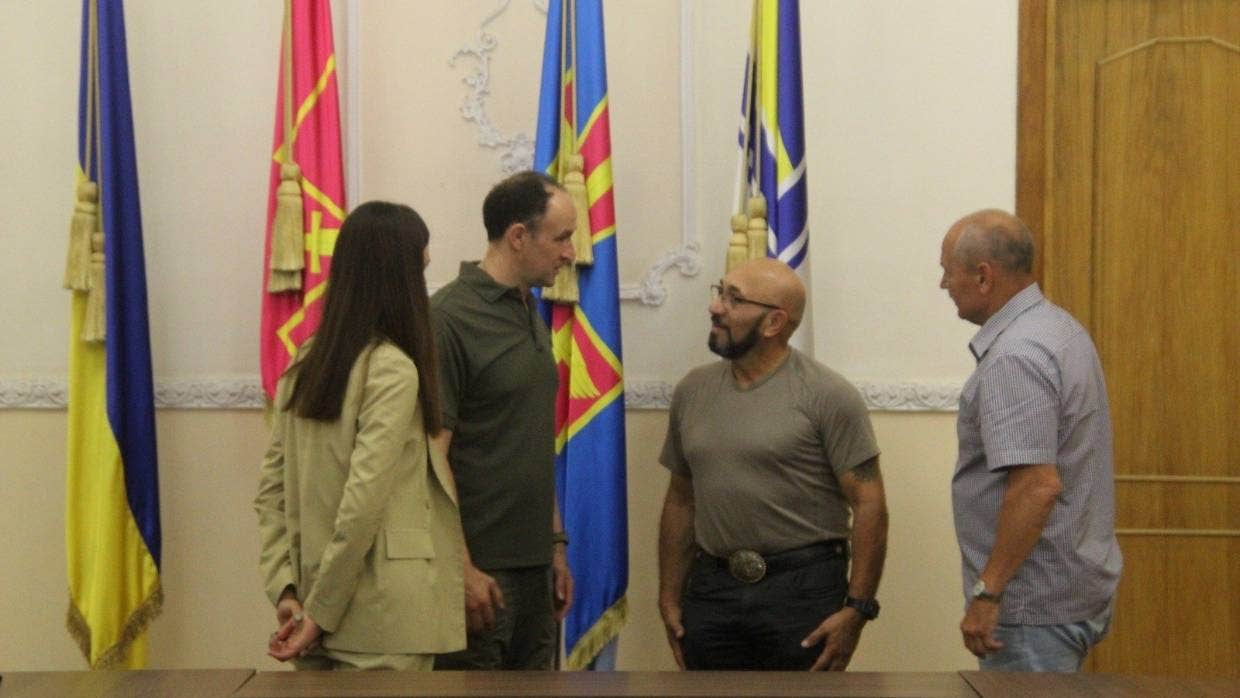 Former Defence Minister Ron Mark has taken a specific interest in the Ukraine conflict. He speaks to Laura Walters about his second trip to the war-torn nation.

What is it about this specific conflict – on the other side of the world – that’s captured the heart and mind of former Kiwi Defence Minister Ron Mark?

Sure, he’s been to war zones before – first during his time in the defence force, then as a private security contractor, and later as defence minister.

It’s not his first rodeo, as he puts it.

But his focus on Ukraine seems different. Twice now, he’s left his safe life in Wairarapa, the running of his household, his bills, to travel into the conflict zone.

When Mark answers the question, his voice cracks then falters. It’s clear this isn’t just another war to him.

“It still guts me. It eats me that I failed,” he says.

The 68-year-old veteran is referring to his inability to fulfil a request from his contacts on the ground in Ukraine near the beginning of the conflict.

They called him at home in Carterton and asked for help getting 10 large buses into Mariupol to evacuate 1500 stranded Ukrainians. Mark hit the phones, he drew on his connections, he tried and tried, but he couldn’t get the buses.

When asked to help source body armour for humanitarian workers, he tried again. No luck.

It’s clear Mark feels the weight of his inability to deliver on these occasions. It’s what’s driven him to put his own safety on the line, in the hope of better understanding the situation in Ukraine, and what New Zealand might be able to do to help.

Mark has just finished up his fourth mission with a Christian humanitarian organisation delivering aid and helping evacuate people from hotspots in Ukraine. He’s engaged in two missions from home, and has twice travelled to the eastern European country – most recently earlier this month.

During his latest visit to Ukraine, Mark had an in-person meeting with ministers and officials from President Volodymyr Zelenskyy’s Government – something New Zealand Government ministers have not yet done. While Prime Minister Jacinda Ardern declined an invitation to visit Ukraine while in Europe due to scheduling, she has spoken to Ukraine’s president and prime minister to reiterate support.

During the meeting, Deputy Defence Minister Denys Sharapov and Mark discussed what more New Zealand could do to help.

So far, New Zealand has committed $8 million in humanitarian aid, as well as non-lethal military assistance through the Nato fund.

That military assistance has come in the form of an artillery team to the UK to help train Ukrainian armed forces, the deployment of intelligence analysts to Europe, logistics support in Germany, and a Hercules aircraft to help transport military supplies.

Additionally, New Zealand has followed the international community in placing financial and diplomatic sanctions on Russia. And during her trip recent trip to Europe, Ardern used her speech to Nato leaders to condemn Russia’s actions in Ukraine.

Mark says Ukraine’s government has received these contributions courteously. But the polite thanks are fast followed by questions of how else New Zealand can help.

“Europe has changed forever,” he says.

“The future of the rules-based order, the future of world stability and world peace and the food supply of the world… that’s all going to swing and shift on the outcome of this war.”

He describes Russia as a “rogue terrorist state”.

“There are real children being murdered, and real mothers being raped and killed.”

The level of concern and commitment shown now will dictate whether European nations take New Zealand seriously in the future, or whether they just continue to be polite and courteous, he says.

“We will be judged in the long run.

“Words run off your mouth like dribble: human rights, civil liberty, rules-based order. That only means something when you do something.”

Had a conversation with 🇳🇿 Prime Minister Jacinda Ardern. Thanked 🇳🇿 for solidarity & support of 🇺🇦, in particular security one. Discussed further strengthening of sanctions on Russia & ways of bringing the aggressor to justice. Invited to join the post-war reconstruction of 🇺🇦.

During the meeting, Sharapov – who is in charge of defence procurement – and first secretary Oleksander Kovelenko, spoke with Mark about the potential for further military training support, as well as specialist assistance in clearing unexploded ordnance from fields, and helping map and decontaminate agricultural areas desperately needed for crops to feed the world.

Mark says Aotearoa has assistance to offer that doesn’t include tanks or combat aircraft. But a bit of inventive thinking is needed.

The former defence minister says he’s happy to act as a conduit between government and businesses in Ukraine and New Zealand. And he has sought a meeting with Foreign Minister Nanaia Mahuta to speak about his latest trip.

Foreign Minister Nanaia Mahuta has been approached for comment but was unavailable.

It’s been five months since Russia invaded Ukraine, and at least tens of thousands of people have died, including thousands of civilians.

Key infrastructure and residential areas have been bombed. The picture is bleak.

But things are going to get worse before they get better, unless the global community steps up, and soon, Mark says.

“Let's make no bones about it. Winter is coming in Europe.

“Now, all the headlines around heat waves are sensational stuff for the moment, but that will pass and people will start dying.”

People will freeze in uninsulated and unsealed homes, those on the frontline already struggling and under-equipped will battle with mud and plummeting temperatures.

Despite the outlook, Ukrainians maintain their resolve, Mark says.

“There’s a bloody sense of determination that they shall not be moved, they will win, they will drive the orcs out of Ukraine. And they will take every square inch of Ukraine back again.”

The more of their people that die, the more determined they become.

For Kiwis who have been on the ground delivering aid, carrying out evacuations, or fighting alongside the armed forces it’s “crystal clear” Ukrainians have no plans to back down, but they need help.