Sweden AIP Submarines Are Even Stealthier Than Ever

"Despite staying on the sidelines during both World Wars and continuing to remain non-aligned in the Cold War, since the 1960s, Sweden has been seen as a mini-super power at least in terms of submarine warfare when the notoriously neutral Scandinavian nation modernized its fleet"

This included the Gotland-class submarines, which were built at the Kockums shipyard in the 1990s and the first to feature a Stirling engine Air-Independent Propulsion (AIP) system. That allowed the boats to extend their time underwater endurance from a few days to weeks, a capability that had previously only been available with nuclear-powered submarines. Diesel engine submarines typically need to surface every few days or draw in air from the snorkel to recharge the batteries. In the case of AIP the batteries are saved for times when the submarines need speed but otherwise cruise on the AIP.

The technology has since been incorporated into numerous Japanese and Chinese submarines, while Germany and France have developed a fuel-cell and steam-turbine system based on AIP. 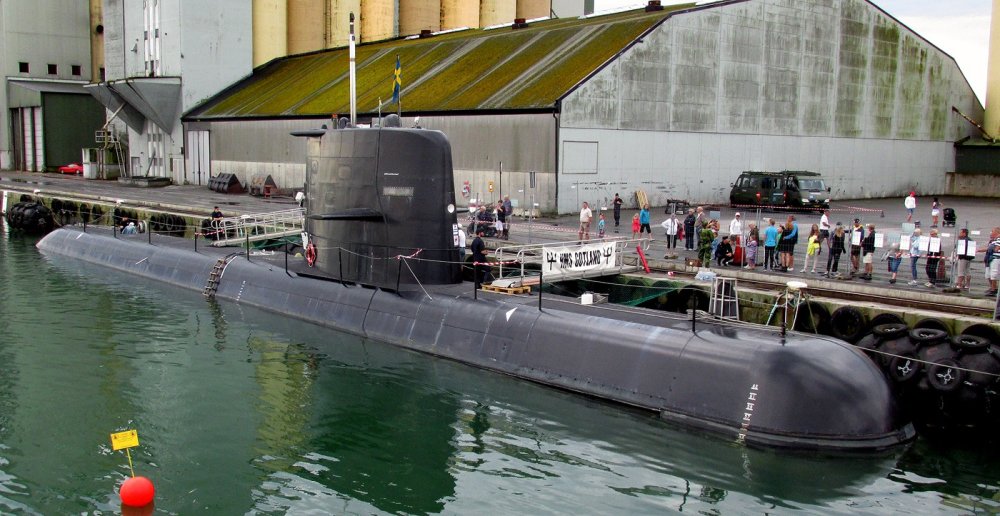 AIP-powered submarines cost far less than a nuclear-powered submarine, but it remains deadly quiet while cruising underwater at low speeds, even for weeks at a time. The technology was so successful that when the United States Navy was able to lease the HMS Gotland (A-19) for use in anti-submarine war games in 2004 it was able to "sink" the USS Ronald Reagan, a newly constructed $6.2 billion dollar aircraft carrier! The outcome was replicated multiple times and the stealthy Swedish sub was able to "run rings" against an American carrier task force.

That was reportedly demoralizing to U.S. anti-submarine specialists, so they might not be pleased to hear that the Gotland might have gotten even more silent.

H I Sutton, writing for Forbes, reported that the Swedish boat has been upgraded with an even stealthier propulsion system. He noted that the AIP is a generation newer than when the U.S Navy faced her. The upgraded boat is has been extended by about 6.5 feet. This has allowed for the placement of new systems for energy optimization inboard, along with additional Stirling engines.

Other modifications to the HMS Gotland and her sister ship HMS Uppland, which is also undergoing the upgrade, including a new ship surveillance system, a new combat and fire management system and new diving locks. This upgraded technology is intended to make the boats harder to hunt and fight. The modifications could represent a major step towards the next generation of submarines in the Swedish Armed Forces under the designation A26.

The first two of these, the HMS Blekinge, is now under construction and being built by Saab Kockums. It will be the first of its class, with a second submarine, HMS Skåne, to follow. Many of the systems employed in the Gotland upgrade will be utilized in the Blekinge-class. This will allow crews to rotate from one class to another, and that could prove beneficial in terms of operational endurance while reducing the sensitivity of staff vacancies.