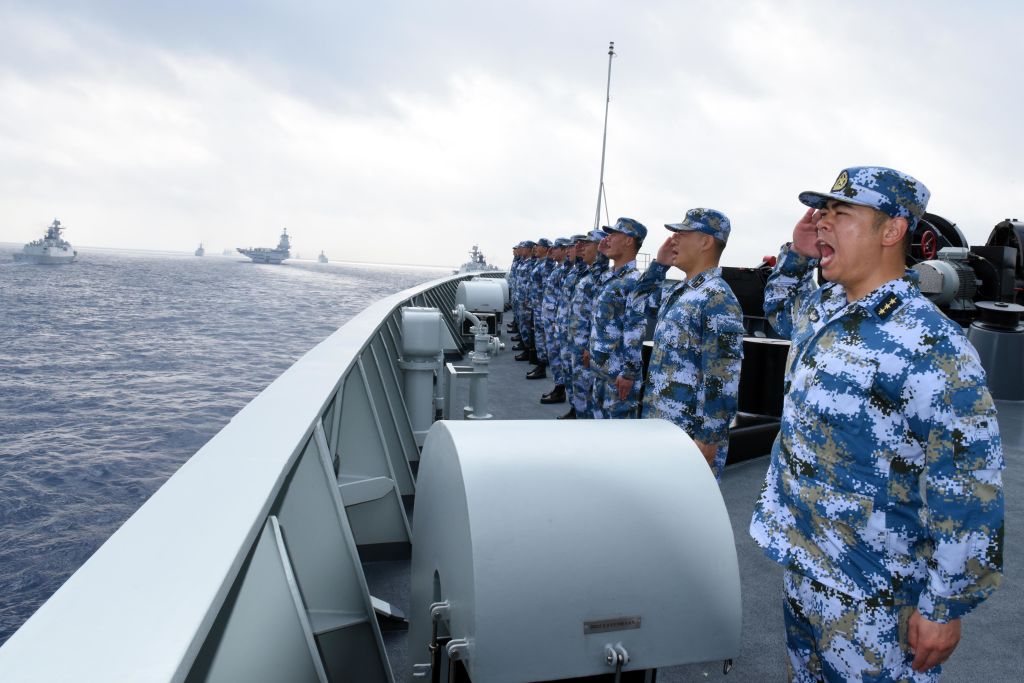 With the global geopolitical centre of gravity shifting towards Asia, a pluralistic, rules-based Indo-Pacific order is more important than ever, including for America’s own global standing. So it was good news when, two years ago, US President Donald Trump began touting a vision of a ‘free and open’ Indo-Pacific, characterised by unimpeded trade flows; freedom of navigation; and respect for the rule of law, national sovereignty and existing frontiers. Yet, far from realising this vision, the United States has allowed Chinese expansionism in Asia to continue virtually unimpeded. This failure could not be more consequential.

As with former US President Barack Obama’s pivot to Asia, the Trump administration’s concept of a free and open Indo-Pacific hasn’t been translated into a clear policy approach with any real strategic heft. On the contrary, the US has continued to stand by while China has broken rules and conventions to expand its control over strategic territories, especially the South China Sea, where it has built and militarised artificial islands. China has redrawn the geopolitical map in that critical maritime trade corridor without incurring any international costs.

To be sure, the US has often expressed concern about China’s activities, including its ongoing interference in Vietnam’s oil and gas activities within that country’s exclusive economic zone. More concretely, the US has stepped up its freedom-of-navigation operations in the South China Sea, and engaged with the region’s three largest democracies—Australia, India and Japan—to hold ‘quadrilateral consultations’ on achieving a free, open and inclusive Indo-Pacific. Though the Quad has no intention of forming a military grouping, it offers a promising platform for strategic maritime cooperation and coordination, especially now that its consultations have been elevated to the foreign-minister level.

Yet there’s no guarantee the Quad will fulfill that promise. While the grouping has defined vague objectives—such as ensuring, as US Secretary of State Mike Pompeo has put it, that ‘China retains only its proper place in the world’—it has offered little indication of how it plans to get there.

America’s wider Indo-Pacific strategy has the same problem. The Trump administration wants to build a rules-based and democracy-led regional order but seems to have no idea how. And instead of trying to figure that out, it has placed strategic issues on the back burner—for example, it downgraded its participation in the recent Asia–Pacific summits in Bangkok—and focused on bilateral trade deals.

Not surprisingly, this approach has done nothing to curb China’s territorial revisionism, let alone its other damaging policies, including the appalling violations of the human rights of the Uyghur ethnic group in Xinjiang. The Chinese government has reportedly detained more than a million Muslims, mostly Uyghurs, in so-called re-education camps—the largest mass incarceration on religious grounds since World War II.

Although a bipartisan US commission recommended sanctions over these internment camps last year, the Trump administration only recently imposed export and visa restrictions on camp-linked entities and officials, respectively. China expressed anger at the decision, insisting that its actions in Xinjiang are intended to ‘eradicate the breeding soil of extremism and terrorism’; but it is unlikely to be deterred by the relatively restrained US measures.

The Trump administration has also shown caution in its implementation of the Taiwan Travel Act and the Reciprocal Access to Tibet Act, both of which were passed by Congress last year. Bipartisan legislation intended to support the people of Hong Kong, who have been protesting China’s increasingly blatant violations of their rights under the ‘one country, two systems’ regime for months, is likely to face a similar fate.

China has vowed to retaliate if the US enacts the new laws, including one that would require the secretary of state to certify each year whether Hong Kong is ‘sufficiently autonomous’ to justify its special trading status. More broadly, Chinese President Xi Jinping has warned that anyone ‘attempting to split China’ will end up with ‘crushed bodies and shattered bones’, and that ‘any external forces backing such attempts’ will be ‘deemed by the Chinese people as pipe-dreaming’.

That mentality—reinforced by years of breaking rules with impunity—will not be changed by economic measures alone. Yet economic levers remain Trump’s weapon of choice. While US sanctions and tariffs have exacerbated China’s economic slowdown, thereby undermining its ability to fund its expanding global footprint, real progress will also require strategic manoeuvres. These would send a clear message to both China and America’s regional allies.

Such a message is crucial because even the Quad members that were supposed to serve as the pillars of a free and open Indo-Pacific have lately been hedging their bets on the US. Japan—whose prime minister, Shinzo Abe, originated the concept—has quietly dropped the term ‘strategy’ from its policy vision for the Indo-Pacific. Australia has forged a comprehensive strategic partnership with China. And Indian Prime Minister Narendra Modi recently hosted Xi in Chennai.

The longer the US fails to act as a convincing counterweight to China, the more strategic space Xi will have to pursue his neo-imperialist agenda, and the less likely he will be to submit to US pressure, economic or otherwise. To prevent that, the US must provide strategic weight to its Indo-Pacific policy, including by establishing a clear plan for resisting China’s efforts to alter the status quo in the South China Sea. If the US oil company ExxonMobil exits Vietnam’s largest gas project, as seems likely, this will become even more urgent, given China’s interest in shutting extra-regional energy firms out of the South China Sea.

Trump once described Obama’s South China Sea strategy as ‘impotent’. But today, it is Trump’s approach to Chinese expansionism that looks weak. As China’s aggression continues to increase, that impotence will become only more apparent—and more damaging.