A force to combat climate change? 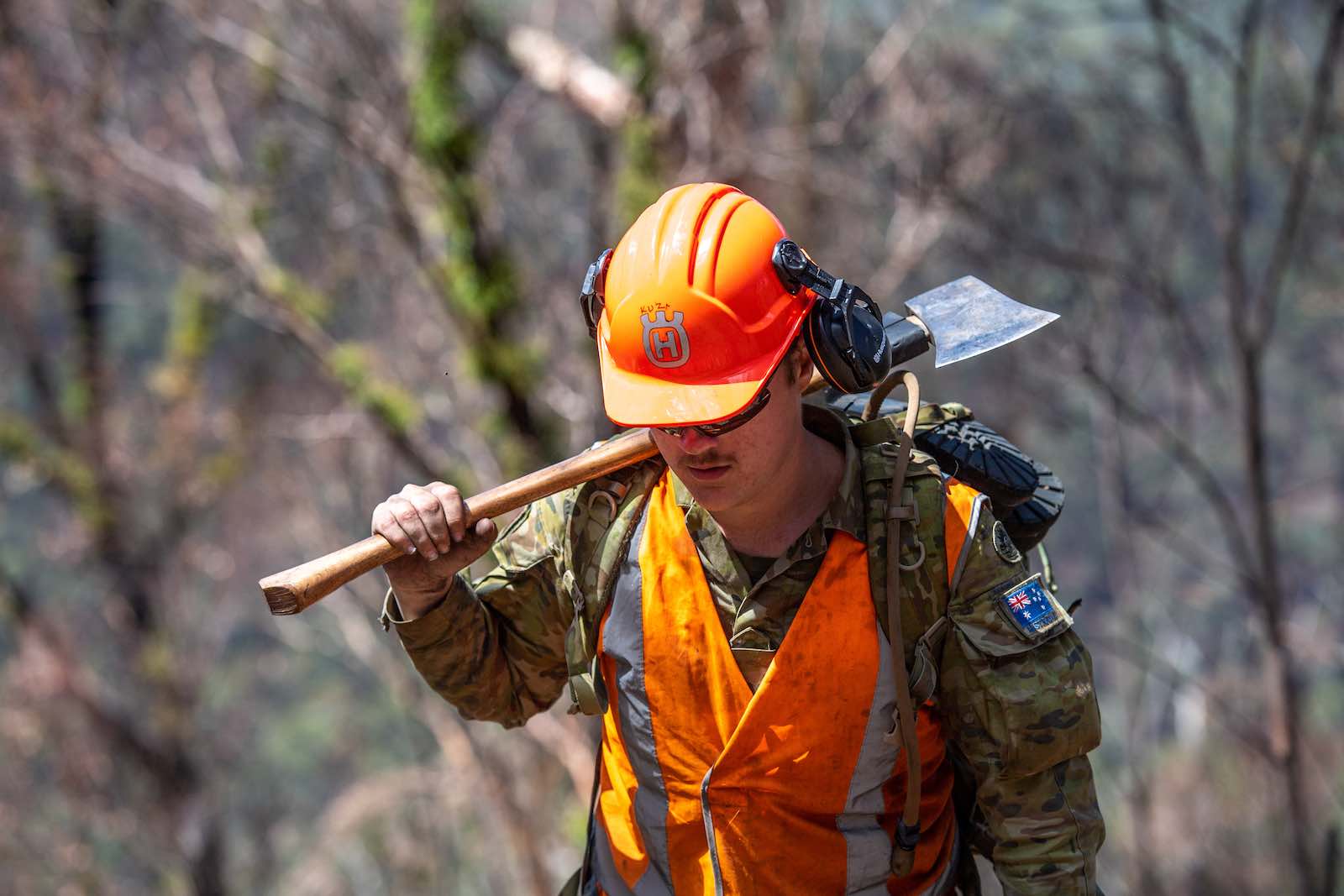 The summer bushfires put Australia to the test. They also had future implications for the New Zealand Defence Force.

The Defence Strategic Update 2020 has provoked a significant amount of debate in Australia. The reaction across the Tasman in New Zealand has been much more subdued, but Defence Minister Ron Mark reportedly suggested that increases in Australian capability would increase the ability to respond to regional climate change–related emergencies.

His remarks are notable. The prevalence of Covid-19 has drawn attention away from climate-related disasters, but events earlier in the year, including Tropical Cyclone Harold and the Australian bushfires, indicate that the issue cannot be ignored.

The catastrophic bushfires in Australia prompted discussions about the role of militaries in responding to the effects of climate change. New Zealand was already exploring how best to use its armed forces to respond to climate-induced emergencies, but the tragic bushfires brought the issue into the public eye in Australia too, given the contribution of the Australian Defence Force (ADF) in Operation Bushfire Assist. Alongside the ADF, New Zealand also committed resources to help.

The New Zealand Defence Force (NZDF) provided a range of support in response to the bushfire crisis. This included three NH90 helicopters, a C-130 aircraft, two New Zealand Army Combat Engineer sections, an Environmental Health Team and a Primary Health Care Team. The deployment to Australia took place in the wake of a clear commitment, outlined in various documents over the preceding two years, to enhancing the NZDF’s response to climate change.

Planned NZDF equipment purchases and increases in personnel numbers have been criticised as unnecessary. Yet it has been argued that “the tools for war fighting are the same as those for peacekeeping and disaster relief”. It is increasingly likely that the NZDF will be called on to conduct climate-related humanitarian assistance and disaster relief operations. If so, the proposals outlined in the recent New Zealand government Defence Capability Plan 2019 seem both necessary and wise.

Climate change was identified in the Climate Crisis: Defence Readiness and Responsibilities report as “one of the greatest security challenges for [the] New Zealand Defence Force in the coming decades”. The report predicted an increased likelihood of “humanitarian assistance and disaster relief, stability operations, and search and rescue missions”, resulting in “more frequent and concurrent operational commitments”.

Events in New Zealand, including the 2016 Kaikoura earthquake, and further afield, such as Tropical Cyclone Winston in the same year, have demonstrated the importance of regional humanitarian assistance and disaster relief capability. The Australian bushfires presented a different type of challenge, and the ADF played a supporting role because they are not trained firefighters. The ADF demonstrated, nevertheless, the adaptability of military forces in dealing with humanitarian and disaster relief operations. They also, arguably, vindicated decisions outlined in New Zealand’s Defence Capability Plan 2019.

HMAS Choules, an amphibious Landing Ship Dock, was deployed to Mallacoota on the Victorian coast on New Years Day. It was used to rescue 1100 bushfire evacuees who were transported to the ship in various small craft. The importance of sealift was demonstrated when the ship later returned to the area to deliver recovery equipment and supplies. HMAS Adelaide, a Landing Helicopter Dock, was loaded with 300 tonnes of relief supplies and transported personnel from the Australian Army’s 9th Force Support Battalion to provide support for local communities.

New Zealand’s commitment to the Pacific will require contributions from all of the NZDF’s current and future platforms.

The nature of the emergency meant that Adelaide was “not seen as being as well utilised as other elements of our [the ADF’s] contribution through road and air capability”, according to General Angus Campbell, Chief of the Defence Force. Yet he emphasised, “with our naval assets, all of which are on very short notice to move, it can be redirected at any time, we will maintain an amphibious sea capability to support the bushfires as might be required through the bushfire season”.

The importance of the LHDs is clear – even if Adelaide’s full potential was not maximised. This makes the New Zealand government’s decisions in the Defence Capability Plan 2019 seem increasingly prudent, as a second sealift vessel, likely a Landing Platform Dock or something similar, is planned for the mid- to late-2020s. Such a vessel will provide increased lift capacity and hospital facilities. The second ship will also provide concurrency, which will be maintained by the replacement of HMNZS Canterbury with a superior ship when it is withdrawn from service in the 2030s.

The NZDF’s replacement of the C-130H Hercules and the Boeing 757 fleet with modern aircraft will enhance its ability to move cargo and personnel within the region and further afield. Australian P-8A Poseidon maritime patrol aircraft, four of which are being acquired by the NZDF to replace six P-3K2 Orion aircraft, conducted reconnaissance missions in affected areas. These collective upgrades to the NZDF, in addition to increases in Army personnel, will enable effective responses in future operations.

Although the deployment to Operation Bushfire Assist was limited, New Zealand’s commitment to the Pacific, which has been observed to be “disproportionately affected by the impacts of climate change”, will require contributions from all of the NZDF’s current and future platforms. While military spending in New Zealand has sometimes been viewed as prioritising war-making capability over welfare, the NZDF is positioning itself to be in the strongest possible position to assist people at their time of greatest need.