Vanquish the Virus? Australia and New Zealand Aim to Show the Way 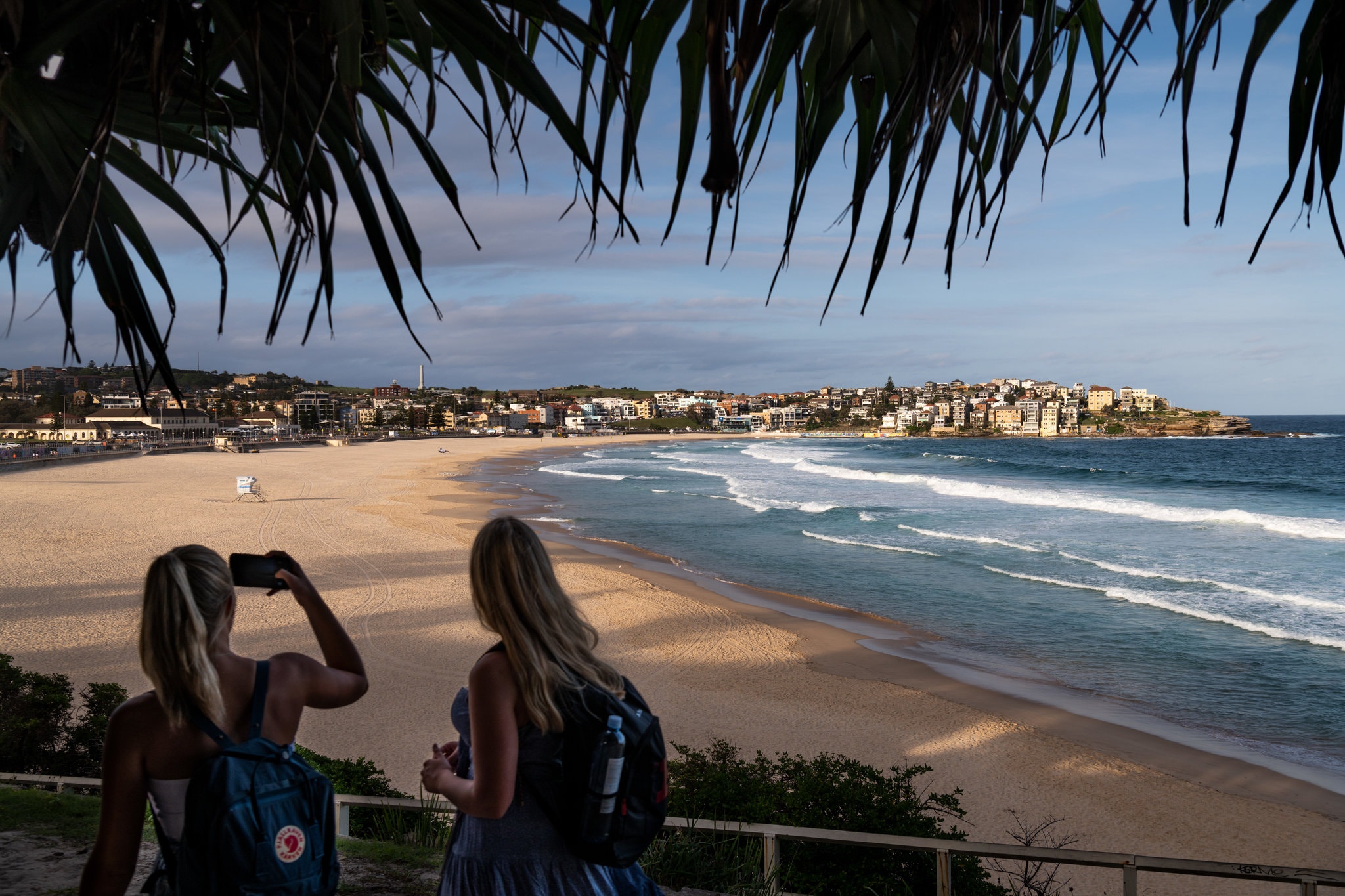 The two countries, led by ideological opposites, are converging on an extraordinary goal: eliminating the virus. Their nonpolitical approach is restoring trust in democracy.

SYDNEY, Australia — Thousands of miles from President Trump’s combative news briefings, a conservative leader in Australia and a progressive prime minister in New Zealand are steadily guiding their countries toward a rapid suppression of the coronavirus outbreak.

Both nations are now reporting just a handful of new infections each day, down from hundreds in March, and they are converging toward an extraordinary goal: completely eliminating the virus from their island nations.

Whether they get to zero or not, what Australia and New Zealand have already accomplished is a remarkable cause for hope. Scott Morrison of Australia, a conservative Christian, and Jacinda Ardern, New Zealand’s darling of the left, are both succeeding with throwback democracy — in which partisanship recedes, experts lead, and quiet coordination matters more than firing up the base.

“This is certainly distinct from the United States,” said Dr. Peter Collignon, a physician and professor of microbiology at the Australian National University who has worked for the World Health Organization. “Here it’s not a time for politics. This is a time for looking at the data and saying let’s do what makes the most sense.”

The dreamy prospect of near normalcy, with the virus defeated, crowds gathering in pubs and every child back in school, is hard to imagine for much of the United States, where testing shortages and a delayed response by Mr. Trump have led to surges of contagion and death.

And it may end up being a mirage or temporary triumph in Australia and New Zealand. Elimination means reducing infections to zero in a geographic area with continued measures to control any new outbreak, and that may require extended travel bans. Other places that seemed to be keeping the virus at bay, such as China, Hong Kong and Singapore, have seen it rebound, usually with infections imported from overseas.

And yet, if there are any two countries that could pull off a clear if hermetically sealed victory — offering a model of recovery that elevates competence over ego and restores some confidence in democratic government — it may be these two Pacific neighbors with their sparsely populated islands, history of pragmatism and underdogs’ craving for recognition.

Far from any global hot spot, they’ve had the advantage of time: Australia reported its first case on Jan. 25, New Zealand on Feb. 28. But compared to Mr. Trump and leaders in Europe, Mr. Morrison and Ms. Ardern responded with more alacrity and with starker warnings.

Mr. Morrison banned travelers from China on Feb. 1 (a day before the United States did) and labeled the outbreak a pandemic on Feb. 27 (two weeks ahead of the W.H.O.), while forming a national cabinet of federal and state leaders to build hospital capacity and guide the response.

In New Zealand, where the government is more centralized, Ms. Ardern introduced an alert system that led to a total lockdown less than a month after the country’s first case emerged.

“We must fight by going hard and going early,” Ms. Ardern said.

In both countries, the public initially resisted and then complied, in part because the information flowing from officials at every level was largely consistent.

Playing their own versions of explainer in chief, Mr. Morrison has veered toward conservative radio, while Ms. Ardern prefers Facebook Live. But they’ve both received praise from scientists for listening and adapting to evidence.

“It’s a case of politicians just not being in the way,” said Ian Mackay, an virologist at the University of Queensland who has been involved in response planning for the pandemic. “It’s a mix of things, but I think it comes down to taking advice based on expertise.”

The results are undeniable: Australia and New Zealand have squashed the curve. Australia, a nation of 25 million people that had been on track for 153,000 cases by Easter, has recorded a total of 6,670 infections and 78 deaths. It has a daily growth rate of less than 1 percent, with per capita testing among the highest in the world.

New Zealand’s own daily growth rate, after soaring in March, is also below 1 percent, with 1,456 confirmed cases and 17 deaths. It has just 361 active cases in a country of five million.

These figures put the two countries closer to Taiwan and South Korea, which have controlled the virus’s spread for now, than to the United States and Europe — even places seen as success stories, like Germany.

It all started with scientists. In Australia, as soon as China released the genetic code for the coronavirus in early January, pathologists in public health laboratories started sharing plans for tests. In every state and territory, they jumped ahead of politicians.

“It meant we could have a test up and running quickly that was reasonably comparable everywhere,” Dr. Collignon said.

The government then opened the budgetary floodgates to support suffering workers and add health care capacity. When infections started climbing, many of the labs and hospitals hired second and third rounds of scientists to help.

That collaboration set the tone. Many of the state and local task forces spurred on by Mr. Morrison’s early action have stayed in constant contact, drawing in academics who independently started to model the virus’s spread. Their findings, hashed out by email, text or group calls, have been funneled up to national decision makers.

The newly formed national cabinet has delivered a surprising level of consensus for a country with a loose federal system subject to high levels of discord among state premiers, whose roles and powers resemble those of American governors.

In late March, for example, Mr. Morrison announced an agreement to severely tighten restrictions, banning international travel and telling all Australians not working in essential services to stay home. Though there was some divergence, mostly over schools, state leaders expressed bipartisan support and have held the line even as case numbers plummeted.

In New Zealand, public health experts pushed for an even bolder move.

Dr. Michael Baker, a physician and professor at the University of Otago in Wellington, became a prominent voice outside the government pushing for elimination of the virus, not just its suppression.

He argued that New Zealand, an island nation with a limited number of cases, should think of the virus more like measles than influenza — something that should be made to disappear, with rare exceptions.

“The modelers said we had to go into lockdown for two months to have a high probability of eliminating it entirely,” he said. “You have to wait until the numbers are very low so you have the ability to stamp out an outbreak if it occurs.”

Worrying that the virus would spread too rapidly, Dr. Baker said he was racked with anxiety in the first few weeks after the initial case appeared in New Zealand. “We were on a knife’s edge,” he said. “Would we commit?”

Ms. Ardern announced on March 23 that the country would aim for elimination. Critics questioned whether it was possible, noting that there might be too many asymptomatic cases to guarantee elimination.

Dr. Baker responded by citing Taiwan, which has contained the outbreak to a point where socially distanced normal life has returned on a densely packed set of islands with over 23 million people.

“It’s a matter to get all the systems working,” Dr. Baker said. “The borders, the contact tracing, the testing, the surveillance.”

In Australia, officials are mostly discussing elimination in private, as a potential side effect of a strategy they still describe as suppression. Dr. Brendan Murphy, Australia’s chief medical officer, told a New Zealand parliamentary committee last week that elimination would be a “nirvana” scenario — an achievement that would be tough to maintain without indefinite bans on international travel or 14-day quarantines until a vaccine arrives.

Nonetheless, if it happens, Dr. Murphy and his counterpart in New Zealand, Dr. Ashley Bloomfield, would be the ones receiving accolades. Like Dr. Anthony Fauci, the face of the American government’s scientific response, they are known for extensive public health pedigrees, calm demeanors and no-nonsense adherence to facts.

Dr. Bloomfield, who, tieless and with rumpled hair, has hosted online question-and-answer sessions almost every day, has become a celebrity of straight-talking reassurance. An artist in Wellington has even started selling towels that show his face surrounded by hearts.

He and others like him at the local level are key factors in a revival of trust in government that has appeared in poll after poll lately, even as the two countries’ economies have cratered and people have been told to severely restrict their lives.

The question is what that revival might produce in the future.

Ms. Ardern and Mr. Morrison have already discussed reopening travel between the two countries, and some scientists wonder if eliminating the virus with good management might rebuild some faith not just in democracy, but also in the value of expertise.

“It does feel like we’re pulling together and pulling in the same direction at the moment,” said Dr. Mackay, the immunologist at the University of Queensland. “I hope we can maintain that.”

“Maybe we’ll see the return of science,” Dr. Mackay added. “I doubt it, but who knows.”