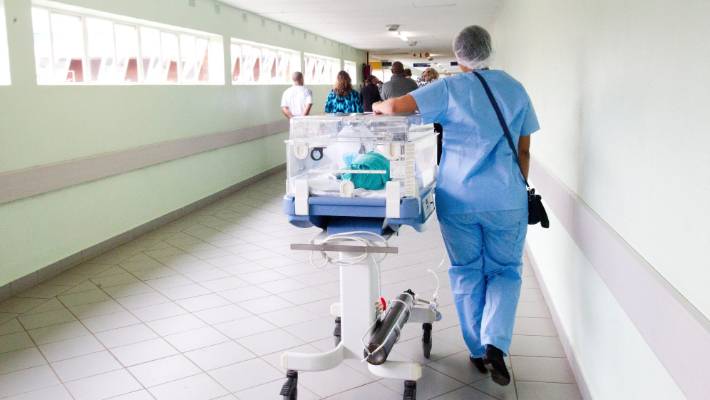 There are concerns for future hospital staffing levels after it was revealed 43 Waitematā District Health Board workers have self-isolated after treating a woman suspected of having coronavirus.

A woman in her 70s who had been in North Shore Hospital with a respiratory illness in late February after coming off the Grand Princess cruise ship had come into contact with more than 80 staff, director-general of health Dr Ashley Bloomfield said on Saturday afternoon.

She was discharged in March and had tested negative for coronavirus, however medical staff believe she may have been infectious while in hospital. She is back in hospital care for an unrelated illness.

Waitematā DHB told Stuff isolating that many staff has not impacted clinical care.

But experts were concerned that if staff have to keep standing down there will be fewer hospital workers.

Bloomfield said on Saturday the woman was being treated as a probable case - despite her test coming back negative - and they were taking "appropriate precautions".

Forty-three of those were identified as close contacts, and were in self-isolation for 14 days from the time they treated her.

None of these staff were symptomatic, Bloomfield said.

Neither the district health board nor the Ministry of Health would give a breakdown of how many doctors, nurses, healthcare assistants or orderlies had to self-isolate.

The Ministry would also not confirm if any patients were potentially in contact with the woman, or what precautions were taken with regard to the other 37 staff.

There had been five confirmed cases of COVID-19 in New Zealand as of Saturday.

Dr Deborah Powell, national secretary for the Resident Doctors Association confirmed some of their members were in isolation, but was not sure how many.

She was concerned what would happen if healthcare professionals became ill or required isolation if things continued to escalate.

The issue was there would be "less people to do the work".

It comes after the nurses' union reported increasing concern among members about their safety and the availability and adequacy of protective gear in hospitals.

New Zealand Nurses Organisation associate professional services manager Hilary Graham-Smith said the union was seeing an increase in concerns raised by nurses, including whether the equipment they had access to was "fit-for-purpose".

A small number of vulnerable nurses - such as those who were pregnant or immune-compromised - had been put on special leave so they weren't exposed to the illness.

Another two Kiwi passengers from the Grand Princess cruise ship have mild symptoms. They had been tested and were in self-isolation.

One had returned a negative result, and the other result was "pending".