We have all been waiting patiently with baited breath for the reveal and we weren't disappointed. Well Peter Beck did say the the example for the first renderings of Neutron back when he revealed that Rocket Lab were building a bigger rocket looks nothing like Neutron and he was right.

The Company today in a video presentation on social media revealed more details about the new medium/heavy lift vehicle. The 40 metre rocket will still be made of carbon fibre composites, which surprises me, but in the demonstration they show the difference in strength, between stainless steel, aluminum and carbon fibre composites. Although it is a bit of a stretch and half truth in the demonstration shown, but more of a dig at the competitors.

The landing gear on the first stage are not deployable like SpaceX Falcon 9 as such as they are using a wider static at the base, so less moving parts. Making the over all design much simpler, and more importantly lighter.

The Neutron will be able to carry 8 metric tons to LEO or Low Earth Orbit. Though Peter Beck did say it will be able to deploy at a maximum of 15 ton when not in reusable mode or fully expendable, nearly double the original payload weight. This becomes limited competition to the heavy lift scene. I say limited due to the fact the first stage will be disposed of to lift the extra weight

Rocketlab also introduced their new engines, called Archimedes which is a 1 Mega Newton Thrust Engine and using 7 of them on the first stage to lift the vehicle to LEO. It's propellant will be liquid oxygen and methane (LOX/Methane) using a simple gas generated cycle.

Standing 40 metres tall and 7 metres diametre at the base with a 5 metre class fairing, meaning the vehicle is fatter at the bass and gets slimmer nearing the top. However from experience with the Electron re-entry process, this means with the Neutron's the shape will help will reduces thermic shocks. The other thing to point out is they plan to bring the first stage back home and not land on a floating platform down range. 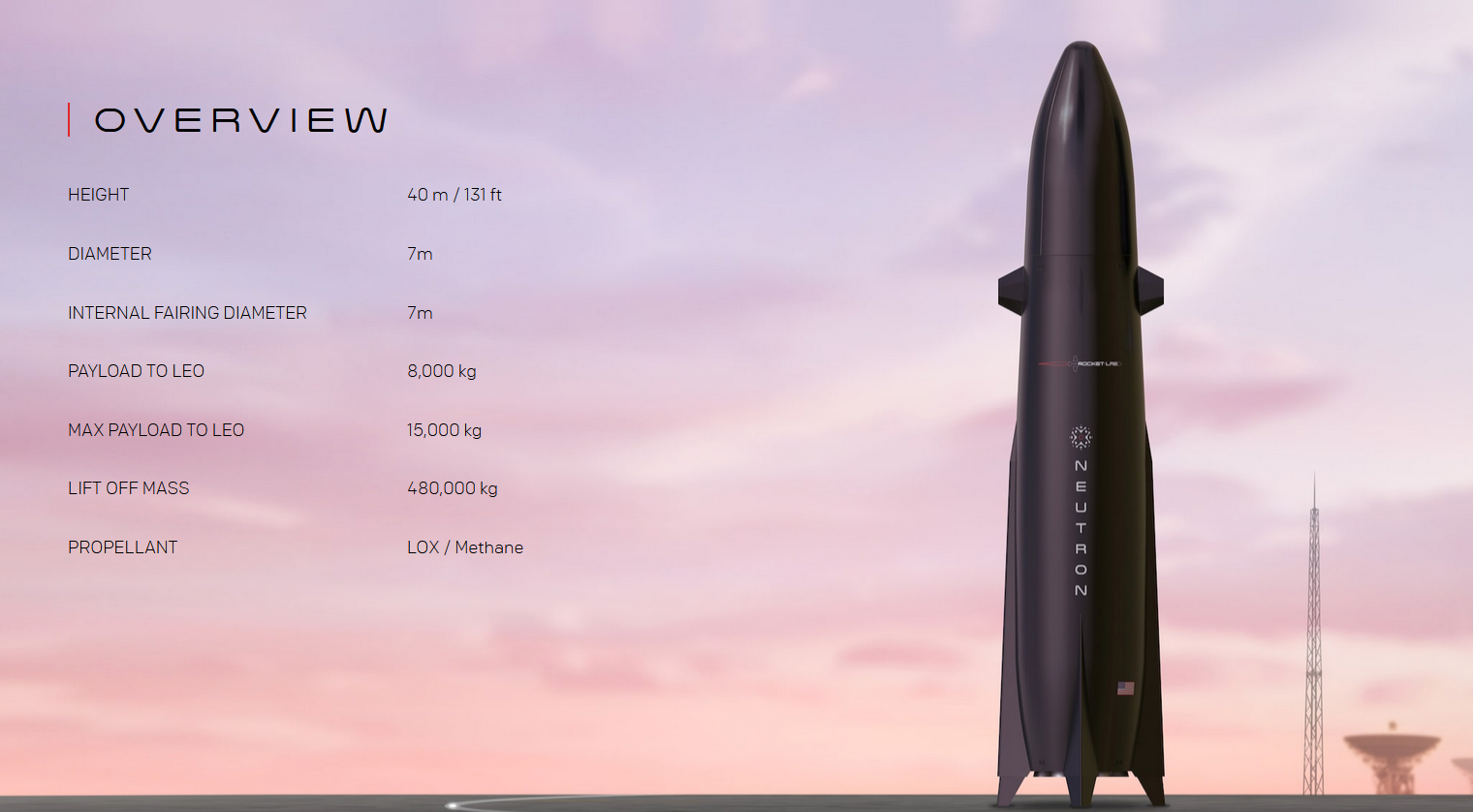 Will Neutron be a game changer in the space industry? While there is new technologies Neutron is still only a medium lift class vehicle, though the max 15 ton's (when not being reusable) was interesting, I don't think there is much of a game changer but rather good solid competition. But to be fair I don't think either of these things are really on Rocketlab's mind at the moment. They appear to be just doing their thing which is good and not worrying what the competition is doing.