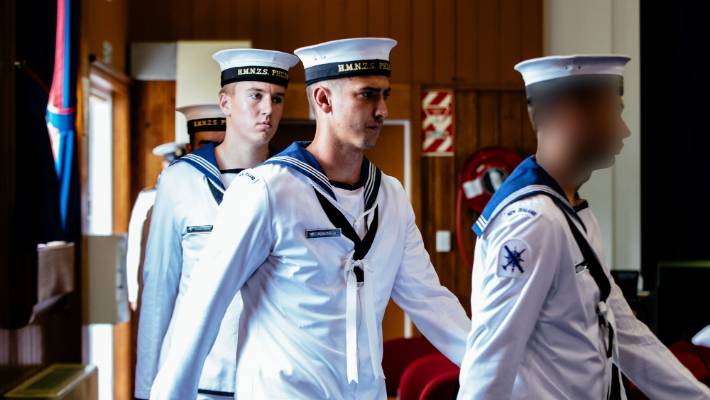 Drug-related text chatter dug up in a cellphone search led to Ordinary Weapon Technician Cadell Heney​ and a comrade being hauled before the Court Martial of New Zealand.

He also admitted a charge of doing an act likely to prejudice service discipline by using his cellphone to record pages of a test paper "with intent to gain an advantage" before taking a test.

Junior Crown Prosecutor Lt Matthew Hague said in late 2018, Heney was taking a course at the base.

Heney's phone was seized and searched, and Heney admitted he had taken video of the test.

"He acknowledged that this was the wrong thing to do," Hague told the Court Martial.

The phone was sent to Military Police, where a technician noticed text messages that indicated possible drug offending.

The Court Martial heard various intercepted texts on the phone included chatter such as "Can I just give you cash when I see you?" and "Do you have any pills?"

Hague said both sailors made multiple admissions after being confronted with the cellphone data.

Three of Heney's drug offences happened in Hawke's Bay, five at an Auckland location unspecified in charge sheets, and three at the naval base.

Some charges related to Heney supplying just one MDMA capsule.

Carroll, 23, entered guilty pleas to all five charges he faced on Monday.

He was accused of procuring MDMA and supplying MDMA capsules.

The two ratings' pleas were entered after they were marched in at about 3.15pm before Chief Judge Kevin Riordan.

Heney and Carroll have yet to be sentenced.

The Court Martial continues on Tuesday.