After less than a decade of service, the NZ Defence Force’s armoured Pinzgauer vehicles are headed to their final resting place - as target practice for Kiwi soldiers.

Some of the vehicles have been out of action since 2013 due to problems with their axles, and will now serve as fodder for missiles on training ranges.

The final tranche of vehicles (including 68 armoured versions) was introduced into service in 2006, but within several years ran into difficulties. 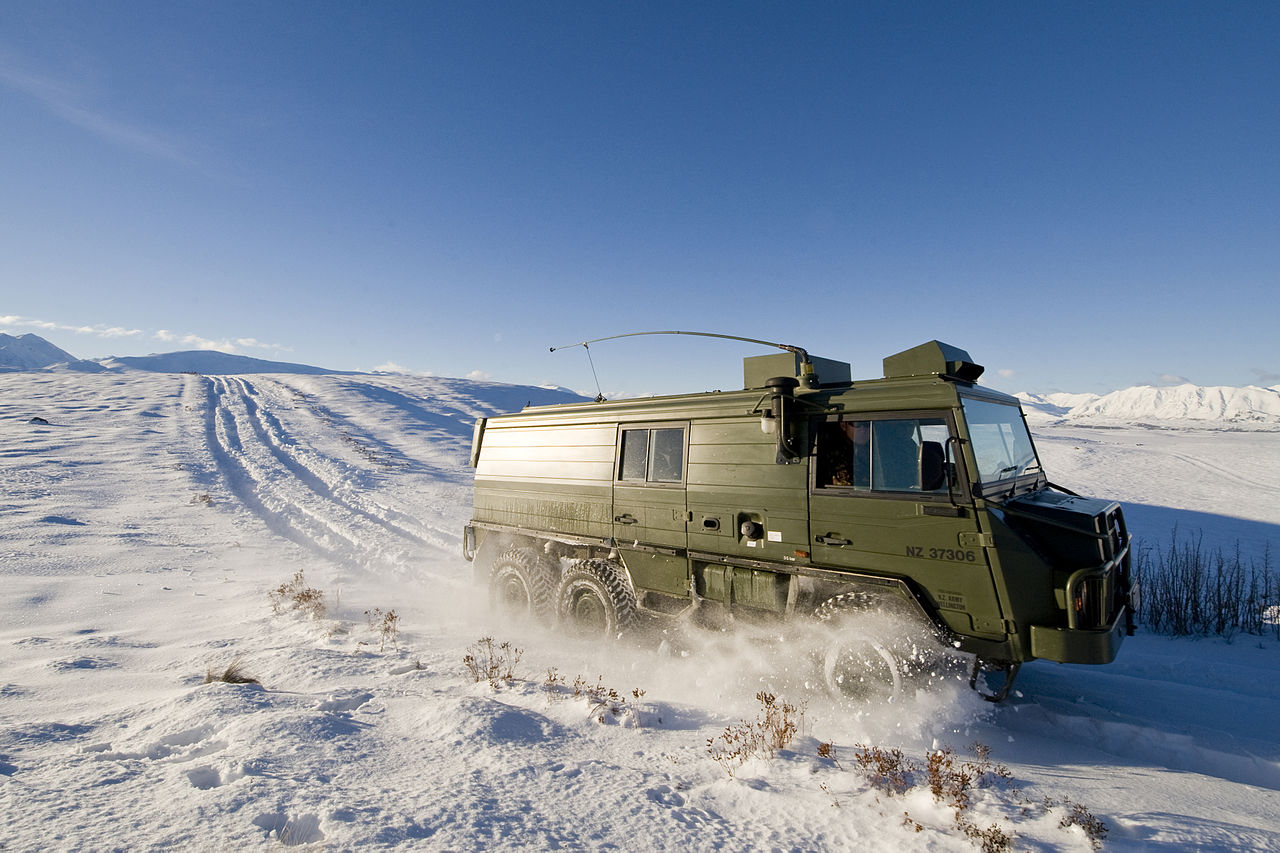 The NZ Army's armoured Pinzgauers were involved in riot training in East Timor in 2009, but are now targets for artillery practice.

According to a Defence Logistics Command minute from mid-May this year, the armoured Pinzgauers were grounded in 2013 due to cracking on their front axles, and “temporarily withdrawn from service” in 2014.

It’s understood the problems with the axles were due to the added weight of the armour, calling into question the original decision to purchase them.

The Defence minute says 29 armoured Pinzgauers, with a net book value of $1.67m, are being withdrawn from service.

The Pinzgauers would be about 15 years old by the time they were replaced, and lacked "the capacity and electrical power to effectively support modern systems", an NZDF spokesman said.

Of those, 17 will be used as “hard targets”; it’s understood one has been set up at the Tekapo military training area to be targeted by a Javelin anti-armour missile on Wednesday morning.

At least two will be gifted to the NZ Army Museum in Waiouru, while the remainder will be used as training aids.

Communications devices and other equipment will first be salvaged from the vehicles.

An NZDF spokesman confirmed one Pinzgauer "beyond economic repair" would be used in an exercise this week, and said others could follow as they reached the end of their lives.

The Pinzgauers would be about 15 years old by the time they were replaced, and lacked "the capacity and electrical power to effectively support modern systems", the spokesman said.

The armoured vehicles could not be on-sold within New Zealand or internationally, as they did not meet current protection standards.

The axle cracking is not the first problem the NZDF has had with the vehicles.

In 2005, Stuff reported the new fleet was sitting idle due to gearbox problems, with the Army’s Afghanistan contingent was forced to rely on old leased vehicles prone to breakdowns.

At the time, the Ministry of Defence dismissed the problems as “expected” warranty issues.

The last Labour government’s purchase of 105 Light Armoured Vehicles (LAVs) for over $600m has also come in for criticism in recent years, albeit not for reasons of performance.

In 2015, RNZ reported just a tenth of the NZDF’s LAVs had ever seen action, with Labour’s Phil Goff conceding at the time that with the benefit of hindsight, too many vehicles had been purchased.

The Ministry of Defence is currently reviewing options to replace the Pinzgauers and replace or upgrade the LAVs over the next decade, as part of its Protected Mobility Capability Project.

"Time has caught up with [the Pinzgauers and] the nature of conflict has moved on."

Defence Minister Ron Mark has been outspoken about his concerns over defence procurement practices, telling Line of Defence it was important “that we don’t make rash purchases that leave our service personnel ill-equipped for the future”.

The Labour-New Zealand First coalition agreement includes a commitment to reexamine the procurement programme “within the context of the 2016 Defence Capability Plan budget”.

Mark said the procurement review would go to Cabinet soon, and he hoped to publicly release it in about a month.

While the LAV purchase was an example of poor procurement, the Pinzgauers were "a slightly different kettle of fish", with the light vehicles doing a good job and the armoured versions serving well.

"However, time has caught up with them [and] the nature of conflict has moved on."

The armoured Pinzgauers were originally bought to protect against small arms and artillery fire, but the main threat in deployments was now around IEDs, Mark said.