One that is making the rounds about the current pandemic here in New Zealand, is about; on the 1st of October 2020 the current government is going to make New Zealand go in to another full lockdown and invoke Martial Law. Carry out forced CoVid-19 tests on the general public and possibly forced vaccine. Apparently the NZDF have been told to use force to control the population and will be armed (I will come back to this later). Operation Kea...

The current entire armed forces of New Zealand or NZDF, being generous is just under 16,000 personal and 2500 reserve personal. That is Army, Navy and Airforce.

If we add in the entire Police force of 12,000. That is only 30,500 personal... hardly enough to control Auckland city let alone the entire country across 2 main islands and 25 odd cities and 100's townships. It is technically only doubling the current police force. So a place like Middlemarch that has 1 Constable will now have another person from either the army, navy or airforce to control the 160 odd in the township and how ever many farmers in the district.

Sailors and Air force don't really train for this as such either, so how effective they will be ie; a sailor is trained how to fight and protect the ship with the 5 inch gun and missiles trained to put out fires and first aid, trained to hunt submarines and shoot enemy aircraft out of the sky with missiles, and air crews are mechanics not really trained in crowd control trained to fix the plane or helo. The same can be said for the army many are mechanics, engineers, cooks ... but I will point out the difference with the army is they are all trained to use and shoot a rifle. Sailors and airman not so much although certain members are.

The NZDF is just not big enough to really do an effective full Martial Law Lockdown across the entire country. Which brings me back to they will all be armed. Well, we know NZDF only bough 9800 MARS-L rifles, and only have a limited number of other personal weapons. We also know that the police force don't have enough weapons for every single officer.

I already hear you say that is why they took all the guns off the civilian... to that I just say... 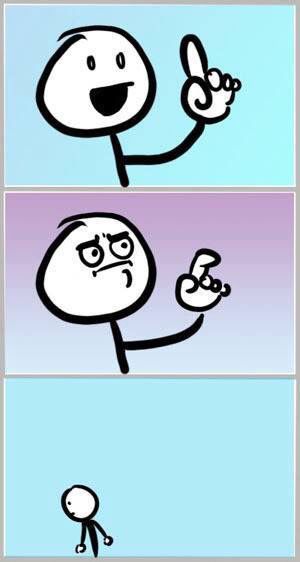 There comes a point that there is no point in trying to tell some people things...

The forced covid test and vaccine would against the Geneva Convention, that you can not do any medical trials on the prisoner, and therefore you are saying a prisoner or war has more rights than a citizen if they force the vaccine on you. The Labour Party and Aunty Jacinda has said that they probably won't make it compulsory but hope the average New Zealander get it anyway. The other thing here is we don't have a vaccine so I am not sure how that ties into it all???

Finally the date 1st of October... is a bit odd when the election is on the 17th of October. You would not do this just before an election it would be political suicide. However this all came out after the election date was moved to the 17th from the 19th of September, and I don't know how long exactly it has been floating on the dark corners of the internet, and could have been floating around before the date move. Or are there more posts that have moved the date of this conspiracy that I haven't seen... ?

As for the part (which is another conspiracy from years ago that gets added in to this) they want to microchip us with the vaccine so they can track our movement. Well for a start we don't have that technology. While yes we can put small micro-chips under the skin of animals these are not as small as one thinks, and the chip itself doesn't really hold any information rather is it is a number and when scanned the number is given and then that number is put into a national database that has the information. That would be the same here with humans.

There is no power source for the chip to fully track you and collect data. So they would have to install tracking devices everywhere and I mean everywhere for this to be effective... and most of the scanners used the chip itself has to come within 50mm or 5cm of the scanner for it to be read. They can get the same information by look at you bank statement and eftpos to track where you have been.

Doing this would go against all our privacy laws, human rights laws and on this do you really think that every one in the current government would go along with this. If it was true there would be more than the conspiracy theories there would be break aways from the government and known people and ministers that would whistle blow...there would be real leaked documents giving proof. Not just the few fake looking and hearsay screen shots.

Billy Te Kahika the co Leader of Advance New Zealand and New Zealand Public Party where we believe this conspiracy comes from is full of conspiracies and misinformation and the sad thing is he is getting a following.

Now I will be adding to this article when I think of more things to add to it... but it is late and it is a start...

Recently the government have been talking about opening a trans-tasman bubble with travel hopefully being 2 way by Christmas. If there is talk of that, I very much doubt they will be wanting to have it inter-rupted by Australia saying NO, because of a forced Marshal Law.

The whole thing would frowned upon from the entire world, even China (that would be ironic) Our Allies would be in full disagreement and we would lose their support and probably lose ally status. I very much doubt they want this especially with China and their current attitude and actions.